How it all begun
The idea to connect Central and Southern African States with the eastern coast through a rail link started as far back as 1947. Both Tanganyika (now Tanzania) and Northern Rhodesia (now Zambia) had for a long time wished to agriculturally develop their vast areas in the South West (of Tanganyika) and North East (of Northern Rhodesia), respectively. On the Tanganyika side, plans for this had been discussed for many years while on the Northern Rhodesian side the suggestion was beginning to receive prominence and support by 1963 through the advocacy of Dr Kenneth Kaunda. Earlier, the colonial settlers had undertaken a number of surveys into the project and nearly all had declared that the proposed line was economically unjustifiable. This was at the time of liberation agitations and it was apparent that these conclusions were laced with political thinking. The settlers feared that such a rail link would affect their interests in the region.

How Ian Smith triggered action
On 11th November 1965, the administration of Ian Smith in Rhodesia (Zimbabwe) whose Rhodesian Front party opposed an immediate transfer of power to black majority rule in the self-governing British colony, unilaterally declared independence from the United Kingdom. The Unilateral Declaration of Independence (UDI), as it were, triggered various effects on the scene. First, UDI had the effect of intensifying the liberation struggle in which Zambia played an active role as a frontline state. Being landlocked, the Smith regime tried to intimidate Zambia out of her support for the liberation struggle by cutting her only outlet to the sea – the road and rail trunks from Zambia to the sea ports in South Africa, passing through Rhodesia. The leaders of Tanzania (the late Mwalimu Julius Nyerere) and Zambia (Dr. Kenneth Kaunda) who were aware of Zambia’s dependence on the southern route and its implications visualized that the North East Rail Link was the only other way for Zambia to maintain economic and political independence. In a significant way, therefore, Ian Smith’s UDI spurred the proponents and even quickened the pace at which the TAZARA project was implemented.

How China rescued the situation
Tanzania and Zambia clearly had the motive to construct TAZARA. But it was also very clear from the beginning that this mammoth project would require huge amounts of funds to take off. The Western countries were first approached for assistance to build the line but as expected they rebuffed the idea, insisting that “the project was economically not viable.” This view, which was equally supported by the World Bank, meant that assistance from that quarter was not possible. The Government of the People’s Republic of China, under the wise leadership of the late Chairman Mao Tse-Tung were approached and readily accepted to support the project. The Chinese leadership saw the wider necessity of the line and thus offered to finance it as a turnkey project. The Chinese offered to provide the finances for construction, expertise and equipment, including buildings, workshops, training school and related infrastructure.

Agreement is signed
On 5th September 1967, an Agreement for the construction of TAZARA was concluded in Beijing, China, between the three Governments of China, Tanzania and Zambia. The initial idea was for the railway line to start from Kidatu in Tanzania to Kampoyo in Zambia.

TAZARA is established
The Tanzania-Zambia Railway Authority was established in March 1968 and the survey and design work commenced in October 1968 and finished in May 1970. The surveys by the Chinese produced favourable recommendations, which completely disregarded all conclusions of earlier surveys. By now it had been decided that the line would start from Dar es Salaam and end at Kapiri Mposhi.

China offers an interest-free loan
In July 1970, China agreed to give Tanzania and Zambia an interest free loan repayable in thirty years totaling Yuan 988 million to cover costs of constructing the line and supporting infrastructure of Stations and the Training School as well as the supply of motive power and rolling stock.

Construction begins
Construction of the line started in October 1970. The then Presidents Dr. Kenneth Kaunda of Zambia and late Mwalimu Julius Nyerere of Tanzania officially inaugurated the commencement at Dar es Salaam in Tanzania and Kapiri Mposhi in Zambia, respectively. This was the beginning of the most awe-inspiring engineering feats ever performed by China in Africa.

Meandering through inhospitable terrain
Within a year track-laying reached Mlimba which is 502 kilometres from Dar es Salaam. Thereafter, for the next one year, construction entered through the most inhospitable terrain of the line. This is the 158-kilometre Mlimba/Makambako section, which is characterized by complicated topographical features. The works in this section alone included excavation of 20 million cubic metres of earth works (about a quarter accounted for the whole line), construction of 46 bridges with total linear length of 4,100 metres, 18 tunnels aggregating 8,253 metres and 362 culverts totaling 11,710 metres.

Construction crosses the border
The track crossed the Tanzanian border at Tunduma into Zambia at Nakonde in August 1973. After the experience of the Mlimba/Makambako section, construction in Zambia with fairly uncomplicated features was fast such that by June 1975, the line reached Kapiri-Mposhi, two years ahead of schedule. Trial operations continued for a year until 14 July 1976 when full operations commenced, after the Government of the Peoples’ Republic of China formerly handed over TAZARA to Tanzania and Zambia.

Engineering challenges
The engineering difficulties involved in building the 1,860 kilometre long railway were immense. It is not easy to fathom the extent of heroism and ingenuity displayed by both the Chinese people, represented by their great engineers and workers and the Tanzanian and Zambian people, who joined the Chinese for the construction of this unique railway. The hostile environment, through which the line often had to pass, did not deter them. When the line was finally completed, almost 89 million cubic metres of earth and rock had to be moved, 320 bridges, 22 tunnels and 2,225 culverts were built.

Heroic workforce
At the height of construction, the workforce rose to 38,000 Tanzanian and Zambian workers and 13,500 Chinese technical and engineering personnel. Over 160 workers, among them 64 Chinese, died during the construction of the railway. 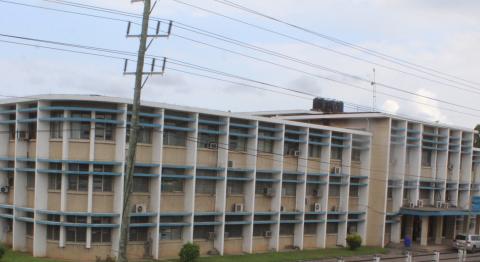 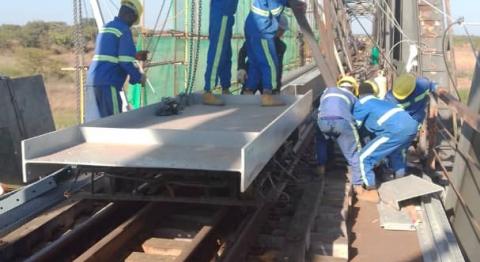 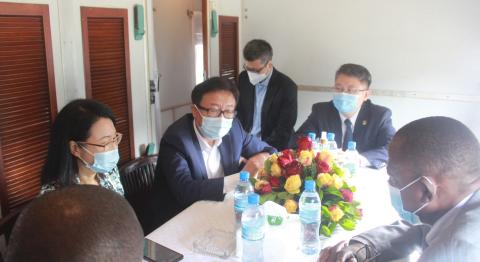 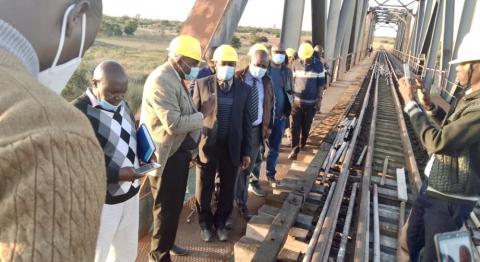